Salah, Messi or Ronaldo. Who is the Best Player ?

Mohamed Salah (Liverpool) Leo Messi (Barcelona) or Cristiano Ronaldo Real Madrid) are possible three of the greatest strikers ever, so it would be hard to say.

But if you were picking the best goal scorer right now, Mohamed Salah is probably the best in the world.

And with 43 goals in all competitions, he trails Ian Rush’s record set in the 1984/85 season, by only four goals.

Liverpool vs AS Roma

In the Liverpool vs AS Roma, Salah, 25, grabbed a brace and two assists in the 5-2 thumping of his former side in the first leg of their UEFA Champions League semi-final last night.

The Liverpool forward broke Cristiano Ronaldo’s record of 42 goals in all competitions.

Mohamed Salah now the Best in the World

According to Soccer Laduma, Liverpool legend Steven Gerrard believes Mohamed Salah is currently the best player in the world, ahead of even FC Barcelona’s Lionel Messi and Real Madrid superstar Cristiano Ronaldo, after his stunning display against Roma on Tuesday night.

Salah’s first goal vs. Roma WITH Arabic commentary is legendary ???

Bump the sound up and enjoy! pic.twitter.com/8KzYb3Ou22

A Winger? A Striker? A Space Interpreter?

“What is the Egyptian? A winger? A striker? A ‘space interpreter’? Or, after his spectacular first-half salvo, shall we simply settle on third-best player in world football?”

Football on BT Sport has a poll the question is “Who is the best player on the planet RIGHT NOW.” It already has over 51k votes with 8 hours left. The winner by 65% is Mohamed Salah with Messi on 18% and Ronaldo on 12%

Goals in all competitions this season:

Overall, Salah is now the leading goal scorer in Europe’s top-five leagues with 43 goals in 47 games across all competitions. 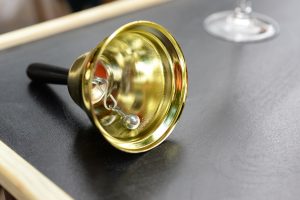