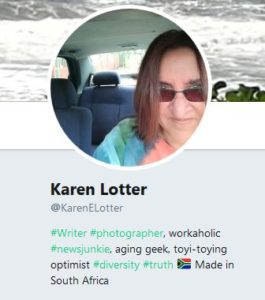 Although this page is about me, it is also about your perception of me.

I live in in my favorite city in the whole world – Durban on the East Coast of South Africa. I love the sub-tropical climate, the proximity to the warm Indian Ocean and the friendliness of the people. Durban is a noisy bustling African city where you can hop from a soothing symphony concert to a Bhangra bash to smooth township jazz all in one evening. Here East meets West meets Africa in a particular Marsala mix of flavors.

I am blessed to work from home and I usually work six or seven days a week, depending on the workload. I share my living space with a housemate and two Persian cats.

(Now, let me do the formal part)

Who is Karen E Lotter?

Karen Lotter is a journalist and writer based in Durban, South Africa. She specializes in creating websites, writing creative and interesting content and optimizing sites for search engines.

Find out here what I do.

Since she stopped writing political speeches mainly for local government (after 13 years in the trenches), she has focused on writing for the web and presenting workshops on communications-related issues.

Her popular “Writing for the Web” Course has been running for almost five years at SA Writer’s College, and a second course, “Writing a Blog that will get read” is up and running as well as a third short course, Understanding the Universe of Twitter and Writing Effective Tweets which will be up and running soon. 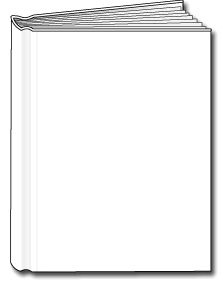 They say everybody has at least one book in them but in most cases that’s where it should stay. Or every good journalist has a novel in them, and if he/she is smart he/she will keep it there.

But Jodi Picault says Everyone has a book inside of them – but it doesn’t do any good until you pry it out.

So that’s what happened. And I am now in the process of working with an editor on my first novel, which will be published later this year.