Land and farm seizures and expropriations and the large scale killing of farmers – that was the late night tweet from US President Donald Trump last night.

So,  agitating Afriforum have had their racist voices heard in Washington.

In a late night tweet, US President Donald Trump used South Africa as a piece of red meat to throw to his howling conservative right wing base. Land grabs, farm murders of white people – ticking off all the boxes of their conservative hunger to Make America White Again.

Deflection is what Trump does when he feels cornered. He lashes out. He distracts. “Look here, not there.” With this tweet he has whipped up some imaginary horror that fearful white people can relate to – land expropriations and the large scale killing of farmers.

I have asked Secretary of State @SecPompeo to closely study the South Africa land and farm seizures and expropriations and the large scale killing of farmers. “South African Government is now seizing land from white farmers.” @TuckerCarlson @FoxNews

I have asked Secretary of State @SecPompeo to closely study the South Africa land and farm seizures and expropriations and the large scale killing of farmers. “South African Government is now seizing land from white farmers.” @TuckerCarlson @FoxNews

This tweet was sandwiched between one about “Crooked Hillary” and “No Collusion. A Rigged Witch Hunt, ” so I guess if it comes down to level of truthfulness, South Africa is in good company.

Carlson calls President Cyril Ramaphosa a “racist”; says that former US president Barack Obama is “a coward” and that the South African Constitution has been changed to enable the seizure of white land. (All Lies!)

Now Donald Trump has ordered his Secretary of State to study South Africa’s policies – like he doesn’t have enough problems with his own failed immigration policies, trade wars and nuclear issues.

The Truth about Farm Murders

Let us look at the facts of farm murders or as Trump calls it the “large-scale killing of farmers”.

AgriSA released a report in May 2018 stating that “Farm murders have decreased to their lowest level in more than 20 years, a report by agricultural organization AgriSA has found. Despite controversial statements from organizations such as AfriForum and right-wing doomsday preppers Die Suidlanders that farm attacks and farm murders were out of control, AgriSA’s figures, which are based on police statistics, its own research and media reports, show a slight increase in farm attacks.”

The Pain of Farm Murders

Farm murders have always been an issue, ever since I can remember, but have become a political tool since liberation in 1994. They are certainly a sad fact of South African life. And the fact is that not only white people are killed in these brutal attacks. The remoteness of the farms make these kind of killings a prime opportunity or the aggreaved or just plain criminally intent.

But like so many other aspects of our country we are working on it, it is not an issue that is swept under the table. Even those who oppose the ANC cannot accuse them of not attempting to discuss painful issues – the ruling party doesn’t always get around to sorting things out, but the discussions remain open.

An issue with farm murder statistics is how the numbers are reached and by what organization. Africa check explains this issue clearly in their ANALYSIS: Why calculating a farm murder rate in SA is near impossible

ANALYSIS: Why calculating a farm murder rate in South Africa is near impossible

Land and Farm Seizures – The Truth

No farms have been seized from anybody, including white farmers. And no matter how many times Tucker Carlson and Fox want to say this, it never makes it true.

The tweet  by America’s reality show president comes just hours after a heated debate in parliament about land expropriation between President Cyril Ramaphosa and various political parties over the decision to amend section 25 of the Constitution.

Ramaphosa told Parliament on Wednesday that the debate on land expropriation had run its course and opponents of the policy should accept it as the only way to prevent South Africa from sliding into political instability.

“This thing is very important…. If you don’t want stability then don’t transform,” Ramaphosa told the National Assembly in response to a supplementary question from Pieter Groenewald from the Freedom Front Plus.

In Parliament yesterday the Land Debate was heated as the opposition parties the DA, EFF, COPE, FF Plus and many more grilled South African President Cyril Ramaphosa on Land Reform in the Questions to the President.

The ANC has promised that government will not nationalize land – but plans to give ownership of the land directly to dispossessed black people.

Also, yesterday, 22 August the ANC committed to defend property rights in a meeting with a delegation from AgriSA and Agbiz.  Some of the undertakings by the African National Congress:

Chapter Two of the Constitution of South Africa contains the Bill of Rights.

The fact is that the natural rights of South Africans received no protection before the country became a constitutional democracy in 1994. To quote from our Freedom Charter –

We, the People of South Africa, declare for all our country and the world to know:

that South Africa belongs to all who live in it, black and white, and that no government can justly claim authority unless it is based on the will of all the people;

that our people have been robbed of their birthright to land, liberty and peace by a form of government founded on injustice and inequality;

that our country will never be prosperous or free until all our people live in brotherhood, enjoying equal rights and opportunities;

that only a democratic state, based on the will of all the people, can secure to all their birthright without distinction of color, race, sex or belief;

And therefore, we, the people of South Africa, black and white together equals, countrymen and brothers adopt this Freedom Charter;

And we pledge ourselves to strive together, sparing neither strength nor courage, until the democratic changes here set out have been won.

Privately owned urban land held for speculative purposes or lying fallow, should be identified with a view to expropriation and unused urban land that owned by local or national government or parastatals should be “identified, serviced and released to our people” to allow people to live and own property close to job opportunities.

According to President Ramaphosa, “Our new development is that we should move our people close to economic opportunities. The measures we should take include expropriation. Some of it is held for specific reasons, some of it is just lying fallow and we are saying our entities must examine that and on an informed basis we should be able to determine how to deal with land like that.”

He said the measures would be implemented “in an orderly fashion and in accordance with our constitution”, so that the redistribution of farm land did not threaten food security.

AfriForum is a non-profit lobbying group that works mainly for white Afrikaners. It pretends to be a human rights kind of organization, taking up other issues like private prosecutions, but at heart they are a white right-wing group of agitators who put out the message that white people in South Africa are under attack by our government.

These are the people who call Apartheid a “so-called injustice”. They recently met with John Bolton and Ted Cruz in Washington.

As South Africa wakes up and the story unfolds, here are some responses to Trump’s Tweet from fellow South Africans:

Afriforum shouldn’t get away with smearing the brand of a whole country like this. Especially when we know they thumb sucked these stats deliberately. Surely that amounts to treason

Some of them may be. It is complicated. But when the administration is curtailing asylum & refugee admissions on all fronts, & when this issue, though legitimate, is overblown on @TuckerCarlson it is very disturbing to then see the president repeat words from that skewed playbook

Fox News is so unbelievable! I always hear the jokes about them, but this level of misinformation is not cute or funny at all. 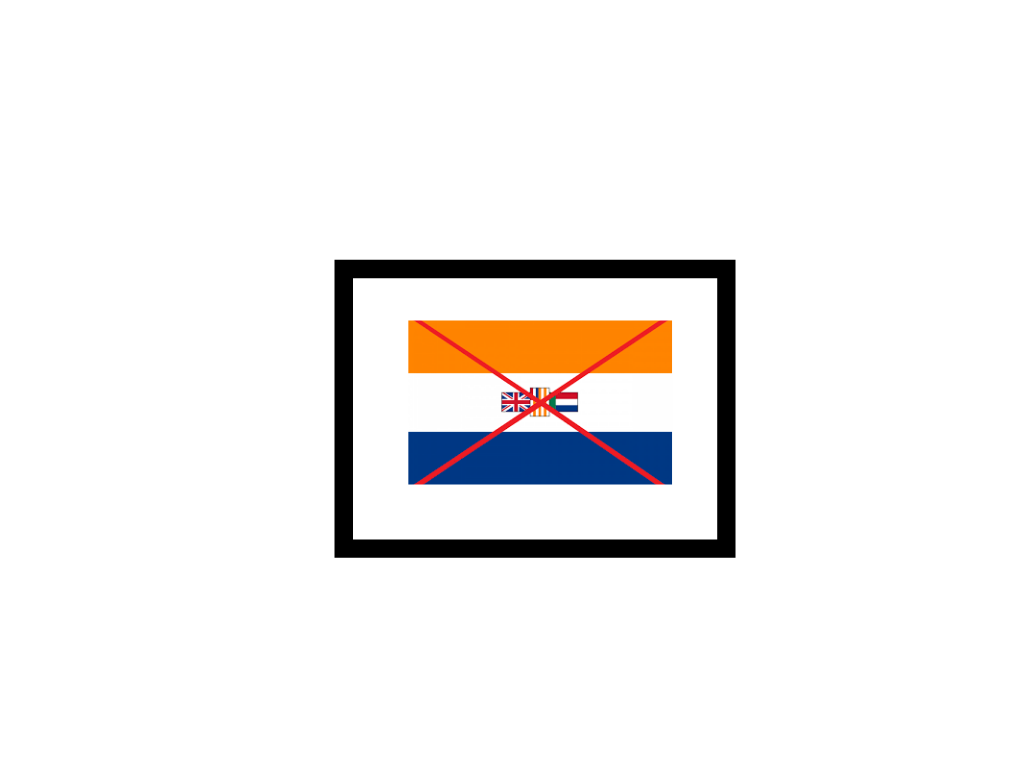 August 22, 2019 admin Comments Off on The Apartheid Flag must GO!