The Apartheid Flag has to go!  I applaud the ruling by the Equality Court.

There is no point in holding onto a symbol of hate and separation while we are struggling to create a transformed and equal society.

Unfortunately the flag has become a symbol of white Afrikaner defiance; of sending a message that these old-flag people preferred the days when blacks lived in homelands and townships and they were the Baas and Miesies who had all the power.

Vorster Wanted to Change the Flag

I remember a story I heard about then Prime Minister John Vorster wanting to change the flag in 1968.

Vorster’s idea did not gain Parliamentary support and the flag change never happened. This “Oranje Blanje Blou” as we knew it was used from 1928 to 1994.

I know that many Afrikaners never liked this flag because of the Union Jack in the centre.  Older people I spoke to during my childhood remembered the Anglo Boer war and many had lost loved ones in British concentration camps (1899 – 1902) They wouldn’t speak a word of English and never liked the flag.

After liberation when the new flag flew, some white South Africans adopted this old-flag as a symbol of Afrikaner heritage and history. And then the white supremacists amped up the rhetoric.

In case you have forgotten the shooting at a Charleston, South Carolina at a black church in 2015. What happened was during a prayer service at the Emanuel African Methodist Episcopal Church, 25 year old Dylan Roof killed nine people, all African Americans. He later confessed that he committed the shooting in hopes of igniting a race war.

And here is the point; Dylan Roof had previously been pictured wearing a jacket with the Apartheid flag and the flag of Rhodesia on it. As these were flags of white regimes, they are used as emblems among American white supremacist movements.

The Nelson Mandela Foundation and Human Rights Commission took the case to court, asking that the gratuitous display of the flag be stopped.

Handing down judgment on Wednesday, Judge Phineas Mojapelo said the display of the old flag gratuitously demeans and dehumanises on the basis of race. He added that it impairs dignity.

The display of the flag became a matter of concern for the foundation after it was displayed during a “Black Monday” protest organised by Afriforum in October 2017. The lobby group was protesting against the scourge of farm murders in South Africa.

The Apartheid flag could have been banned completely. Don’t  South Africans remember the old days when the National Party banned so many things? Like photos of Nelson Mandela; singing Nkosi Sikelel’ iAfrika, books like Andre Brink’s Kennis van die Aand and … so many, many people. The regime was an expert on banning orders

But this Court did not ban the flag; it banned the gratuitous display of the flag. The ruling will control its usage in protection of those, in the main the black majority, who find it harmful.

I’m not sure how this is going to be monitored but intent will probably play a big role.

It is time for this flag to be retired.

I don’t want to see it anymore. Maybe it touches on the pain that I know I inadvertently caused by being born white in apartheid South Africa. This awareness is with me every day.

And mischief makers and haters use that flag like a matador swirls his red cape.

This country has seen enough division and pain and hate for many lifetimes. We don’t need petrol splashed onto fires.

Some People just don’t get it.

The reaction to this tweet is as expected. The judgment said the flag may be used for academic purposes. I am a scholar of Constitutional Law, currently doing my doctorate. This is an academic question. It seems the NMF’s quest for apartheid style censorship & banning continues. https://t.co/qRvfFzd2RK

Afriforum who opposed the action today again showed their true colours when their deputy CEO, Ernst Roets displayed the flag on Twitter with a heading: “Did I just commit hate speech”? 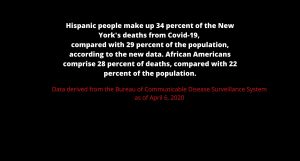