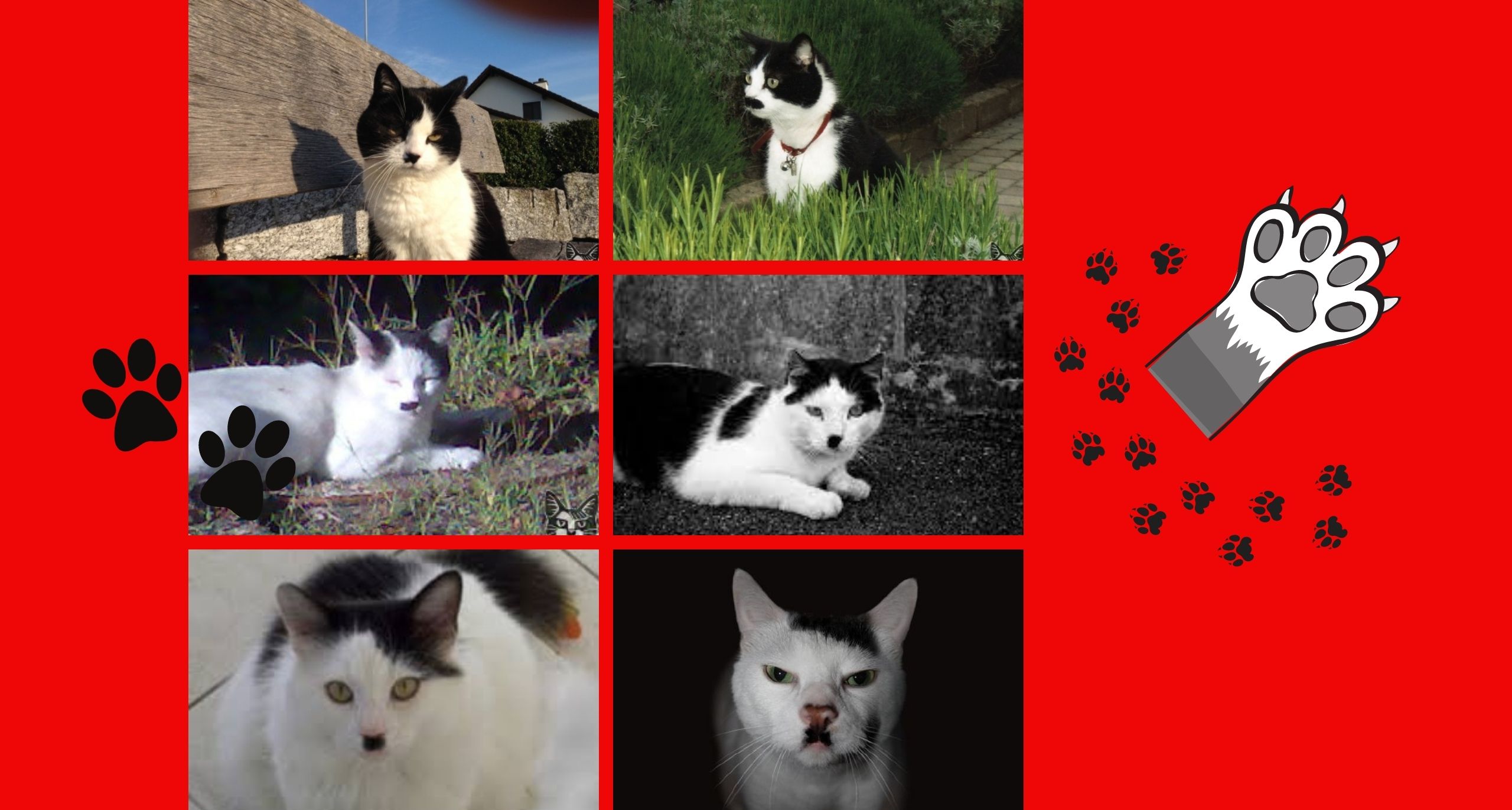 Cats that look like Hitler is a website with photos of cats that bear a resemblance to German World War 2 dictator Adolf Hitler. Such cats are often referred to as Kitlers.

The site was founded  in 2006, and became widely known after being featured on several television programmes. And although the concept may sound bizarre, I dare you to look at the pictures of Kitlers and not laugh.
Most people who go to the site, usually forward the URL to their friends because it is just so funny.

The site is old now- but I still pop in every now and then to have a look at the cats and to laugh.

Known as “Kitlers,” these felines who bear a resemblance to the German dictator may not win prizes at cat shows, but they certainly have a charm of their own. To date there are almost 10 000 on the website.

Most cat owners can testify to the fact that their feline companions possess a typically feline facial expression that implies (and underlies) a secret longing for world domination. All cats want to rule the world – most rule their caretakers – the ruling part is just the nature of the species, but to be a genuine Kitler there has to be a close similarity with the notorious little German dictator.

Two distinct characteristics of Kilters the little moustache and the funny fringe (or bangs). Most Kilters are black and white moggies and manage to add a manic glint in the eye to make up a perfect kilter portrait.

The blurb on the Cats that Look like Hitler Website says, “Does your cat look like Adolf Hitler? Do you wake up in a cold sweat every night wondering if he is going to up and invade Poland? Does he keep putting his right paw in the air while making a noise that sounds suspiciously like “Sieg Miaow”? If so, this is the website for you.

However, the site is not meant to glorify the dictator, rather make fun of him by comparing him to ‘a bunch of fluffy, cute moggies’.  Like living cartoons.

The site owners are looking for cats with features like the toothbrush mustache, the ‘flock-of-seagulls hairdo’, or even an evil glint in its eye.

Spend Time with a Kilter

So If you want a laugh, forget cute kitty sites, this websites has more adorable cats than any prize cat show and when one looks at the Kilters in the context of the name of the site and their black and white markings, you can’t stop giggling. For days and days.