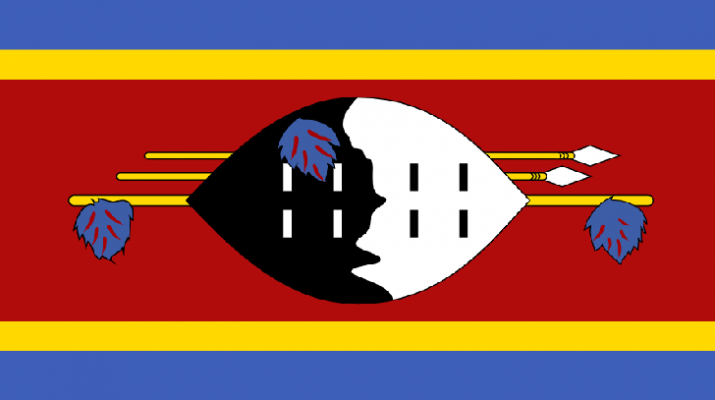 I am a Swazi activist. There’s been a lot of unrest as you already may be following in the country and as things are currently we find ourselves at an impasse.

“For now we are on the run after soldiers were sent to kill political party leaders,” an activist told CNN https://t.co/lOEFofSIVz

Zwemart (Swazi News editor)  and a lot of other concerned activists have raised concerns that can no longer be ignored. It’s a running theme almost to everyone I speak to. Bantfu feel disappointed at political parties or whoever they think would seize the moment and provide leadership. And we will never recover from this disappointment people have in us. If we disappointed within our own political parties how much more those outside? It’s equally not helping putting blame at this point. We need to take collective responsibility. We made this through our action and inaction.

My answer to everyone I have spoken to is that Swazis u on ur own. Liberate urself. Take initiative. Don’t pass the bark. U started this see it to the end. All the people u were looking forward to helping u have failed and there are many reasons why they failed and will continue to fail. Those of us within Political parties can then fight internal battles of why we here but we must be honest to the people and tell them we are empty, we have no capacity and we have poor quality of membership and by extension leadership. After all we draw from the same pool produced by Tinkhundla.

Vacuum of No Leadership

It’s not easy to get the best when u operating under conditions of banishment for years, worse still those proscribed. You don’t attract the best brains, networks and personnel when all you have fought against is ideological indoctrination spanning years. This is an admission that will relieve us the petty and useless explanations on why we not providing leadership no matter how we describe this ‘vacuum’.

Then maybe, just maybe,  Swazis will see and know us for who we truly are and come and assist us appreciating our honesty. Swazis need far better than we have displayed. Running a country coming from ruins like SD is now will require more than just rhetoric and dogmatic ideological leanings. It will need us to tap on the brains of all Swazis recently conscientised by the wave. Chest thumbing of our struggle history and endless analysis will only make us look like deluded fools.

I stand out and ask Swazis in their collective wisdom and seek help. We drowning. We have nothing. We need ur experiences, networks and general knowledge. If the future is multi party then help us build these political parties to be the standard we want otherwise even I would never vote in the first democratic elections if what we have is the future.

In that situation, I am asking for the correct endorsement and to be put as the struggle’s frontline voice but not just an interview activist, I want to be on the marching lines with my people.

🇸🇿 #Eswatini: Recent eruption of violence is deeply concerning, amid reports of killings and injuries during protests calling for democratic reforms. We urge the Government to open dialogue to address underlying public concerns.
👉 https://t.co/fcqD1ghvIh pic.twitter.com/p7rxubQTt5

I have read the UN report  for what it is, which is that they are not coming for us and they don’t believe we are being killed. I see the words (unverified videos…the situation is now reported to be calmer… official reports of any deaths…) And I am worried. Our government has shown clearly that they are going to lie at any cost to the world save their reign. My worry is who is that voice that will not only speak accusations on interviews but will stand shoulder to boot,  attacked and defend with the people on the ground.

Call out lies as they happen, engage with with the enemy toe to toe. Enough analysis has been done of the situation, but that will only leave us with “unverified facts” of our dead people, incarcerated civilians and  a lot more guilty we will never be able to stand before them and talk of a promised land.

I urge everyone now to immediately go out and mobilise for a march to shut the economy indefinitely, to demand for the release (at least the legal due process) of all arrested either for looting, burning, protesting in the last two weeks and that the King comes out to address the people. Until that happens we will not take any representation from his side whom he may send with whatever message because on our side too we have a leader or leaders will to meet him. This is the fight we should be building and it’s already too late, I am hurting for my people I hope this reaches you in time and look forward to hearing from you. 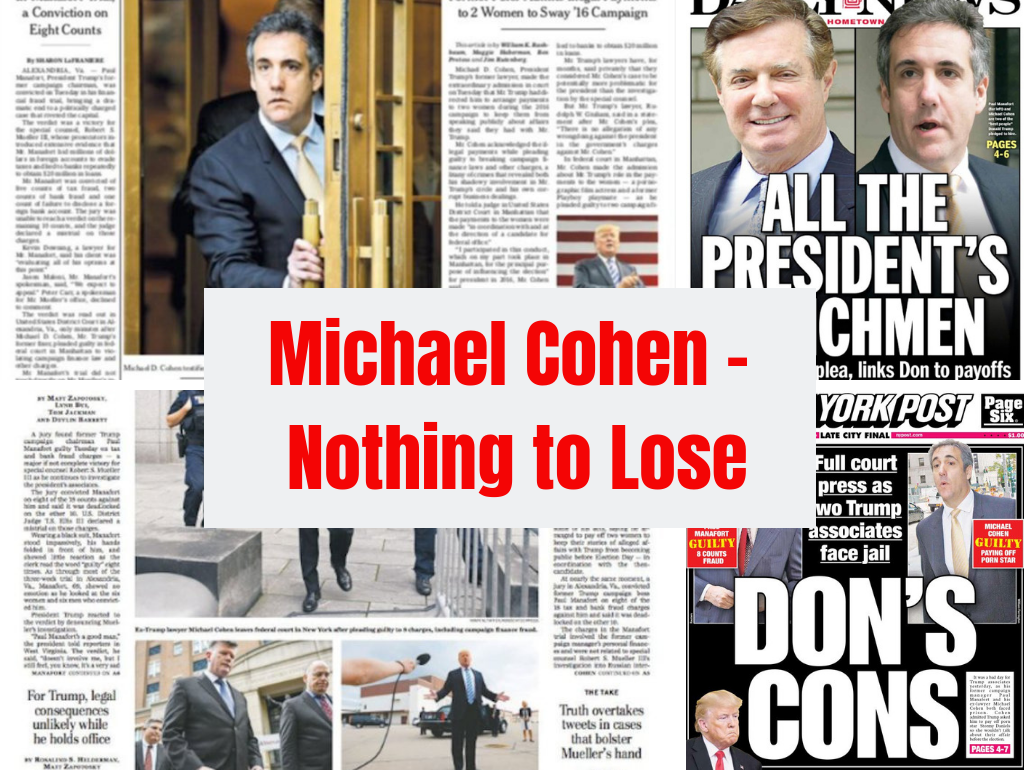 Michael Cohen. Nothing to Lose. No Motive to Lie.

February 27, 2019 karenelotter Comments Off on Michael Cohen. Nothing to Lose. No Motive to Lie.