Why do I think of the Moon when I see Blue Sky?

I don’t really know why I think of the moon when I see blue sky, but it happens all the time.

Not only do I think about the moon, I hear songs about the moon running through my head like a well maintained eight track. Yes, I am that old. And I’m a Cancerian, if that explains the moon-thing.

The fact is that living in Durban I see a lot of blue sky, about 320 days a year so I hear plenty of moon songs.

Songs about the Moon

So the songs about the moon often make their appearance.

I want to make it clear that it is not like I taste sounds or hear colors although I sometimes think I can … but I have done a test on the Web and I don’t have synaesthesia.

I think it just has to do with feelings and emotions, and somehow the blue sky and the moon have become entangled in my neurons. It may have happened on a sunny July day when I drove into Galway after a drizzling month on the road in Ireland and Northern Ireland and I looked out over Galway Bay.

Of course I had hunted down Van Morrison’s haunts in Belfast and was intoxicated with Mary Black – playing almost all the way on my CD.

Back to the present. On this day as I was driving across town toward Durban North and I marvelled at the colors – the blue sky, the green foliage and all the flowering shrubs and trees. And like magic, I heard two moon songs – one after the other. (I pulled over at the top of Berman Drive where I could look out over the sea).

I first heard Van Morrison’s Moondance – a cut on this Northern Irish singer-songwriter’s third Album from 1970. It’s a song about autumn, a smooth jazzy song.

“Well, it’s a marvelous night for a moondance
With the stars up above in your eyes
A fantabulous night to make romance
‘Neath the cover of October skies”

Morrison commented on writing the song: “With ‘Moondance’ I wrote the melody first. I played the melody on a soprano sax and I knew I had a song so I wrote lyrics to go with the melody. That’s the way I wrote that one. I don’t really have any words to particularly describe the song; sophisticated is probably the word I’m looking for. For me, ‘Moondance’ is a sophisticated song. Frank Sinatra wouldn’t be out of place singing that

I knew what was coming as my mind drifted back to the narrow roadways and the green of Ireland.

Then I heard the hauntingly beautiful notes of the acoustic guitar and the accordion of The Moon and St Christopher by Irish folk singer Mary Black, a song she co-wrote with Mary Chapin Carpenter. 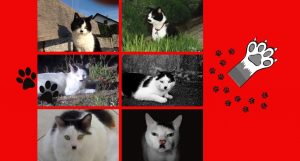